“Axon oilfield trucking software helps us speed up our ticket entry a lot. It easily tracks and sorts information from field tickets that we used to track manually. Axon has helped us grow from 35 to 200 trucks” 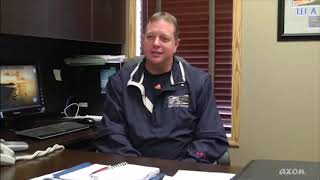 AXON SOFTWARE GENERATES EVERYTHING FROM ONE TICKET ENTRY

“The payroll is generated, the unit statements are generated, you did your payables, the receivables, it was all generated under one ticket entry, so you weren’t using a couple programs to combine what you needed.” 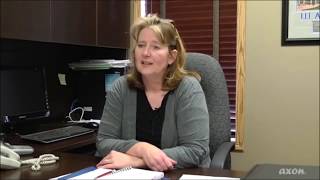 Three Star Trucking is an oilfield trucking company working in Saskatchewan, Manitoba, Alberta and North Dakota. Tim Boettcher talks about how they’ve grown from 35 to 200 trucks since starting with Axon Software with an estimated cost savings of 2 million dollars.

Tell us about your company.

Tim: We haul basically oil and salt water and do service work in the southeast Saskatchewan southwest Manitoba, and Alberta and I guess North Dakota and basically, it’s in the well, we do vacuum truck work as well.

When did you start using Axon Software?

Tell us about your experience with Axon Software and how it changed your day-to-day operations.

Tim: It refined it quite a bit, our billing’s a lot faster now with Axon than what it was before, everything was manually done before and then there was a set of books kept just to put everything into and now we don’t do that at all anymore.

Sharon: I came when it was computerized which did seem like it was a good program, where everything was generated from tickets and all the payroll was generated, the unit statements were generated, you did your payables, the receivables, it was all generated from your ticket entry so you weren’t using a couple of programs to combine what you needed to get done.

How has Axon Software helped you increase your fleet without increasing your staff?

Tim: When we started with Axon, we had about 35 trucks and now we’re up to around 200 trucks so it’s increased lots. We just had all the paperwork to do, without Axon it would have made it a lot harder to increase that much, we’d have to add on probably another six or seven people.

Sharon: it’s just capable to handle the large amount, the large volume, because we don’t have control over the expansion. I mean that’s our salesmen and our managers and stuff getting the work. We just have to be prepared for that. Axon can handle it. We’ve never had any troubles that way.

Can you put a number on the return on investment? Has Axon Software paid for itself?

Tim: I don’t know how you’d really put a number on it, I suppose that many secretaries every year would definitely have saved quite a bit of time every year from it, I’d have to hire that much more staff without Axon.

Sharon: I would say so, mmhm.

How has Axon Software helped you with driver settlements, invoicing and driver retention?

I’ve had a few operators comment on how nice they are to read as far as for the detail of the deductions and things like that. They really like how everything’s detailed with the deductions. It’s very straight forward. I haven’t had many complaints. And as far as the drivers, we provide a driver settlement, but it doesn’t have the price on it. It just shows their location, the date, the ticket number and the volume and they’re able to reconcile that to their daily driver report, so they really like having that driver settlement that’s produced.

it’s the girls that do the tickets do the invoicing, but it seems to flow. We don’t have any complaints from our customers. They seem to like the invoice that they get.

If you didn’t have Axon Software, how many more staff would you need?

Sharon: That’s hard to say. I really don’t know. I would say probably three or four more, but I’m just guessing, because I don’t know what that would entail because I’ve never done it before.

How has it helped with customer relations with your clients?

Tim: It makes it pretty easy; they can just do a report and they have it right away.

If you had to put a number on it, how much has Axon Software saved you?

Tim: Once we started using Axon, we saved about $2,000,000, we would’ve hired more people to do it so it’s definitely been a big saving.

If someone in the industry asked you about your experience with Axon Software, what would you tell them?

Tim: Oh, I’d tell them it’s really good, I’ve already told other people to call Axon, so it’s been good in the day-to-day stuff, it’s definitely saved us lots of work like the secretaries definitely like the Axon system.